Who Is The Killer In Hush Film? – Ending Explained

Hush movie came out back in 2016. Soon after it hit the cinemas across the world it was released on Netflix. The movie stares with Kate Siegal who is a deaf and mute writer. Besides this, she lives in the woods where she writes her novels. Being in this condition she is asked so many times to come back to the city upon which she refuses. We get to see the greatness of the movie in the first scene where she is cooking. The sound of chopping onions, breaking eggs, frying oil and, stirring is done very carefully. As soon the camera focuses on our star actor the sounds fade away, giving the sensation of the condition that she has been in since she was only 13. Who is the killer in hush is absolutely a mystery, which we will explain as we go further.

The movie depicts that Kate aka Maddie Young was not always deaf and mute. The surgery caused permanent damage. Her living in the woods provides the perfect environment of the novel that she has been working on. After the visit of her friend Samantha Sloyan aka Sarah, we learned about the insights Maddie has. Before finishing any story she used to think of multiple outcomes and then chooses the one which is not being expected at all. How this actually works has also been portrayed in the film when she is attacked by the masked man and thinks of the ways of how to escape. Hush movie ending explained to us how those insights had helped her. We get to see a lot of action and suspense in the movie. Watching Maddie continuously trying to escape and being denied is full of suspense. 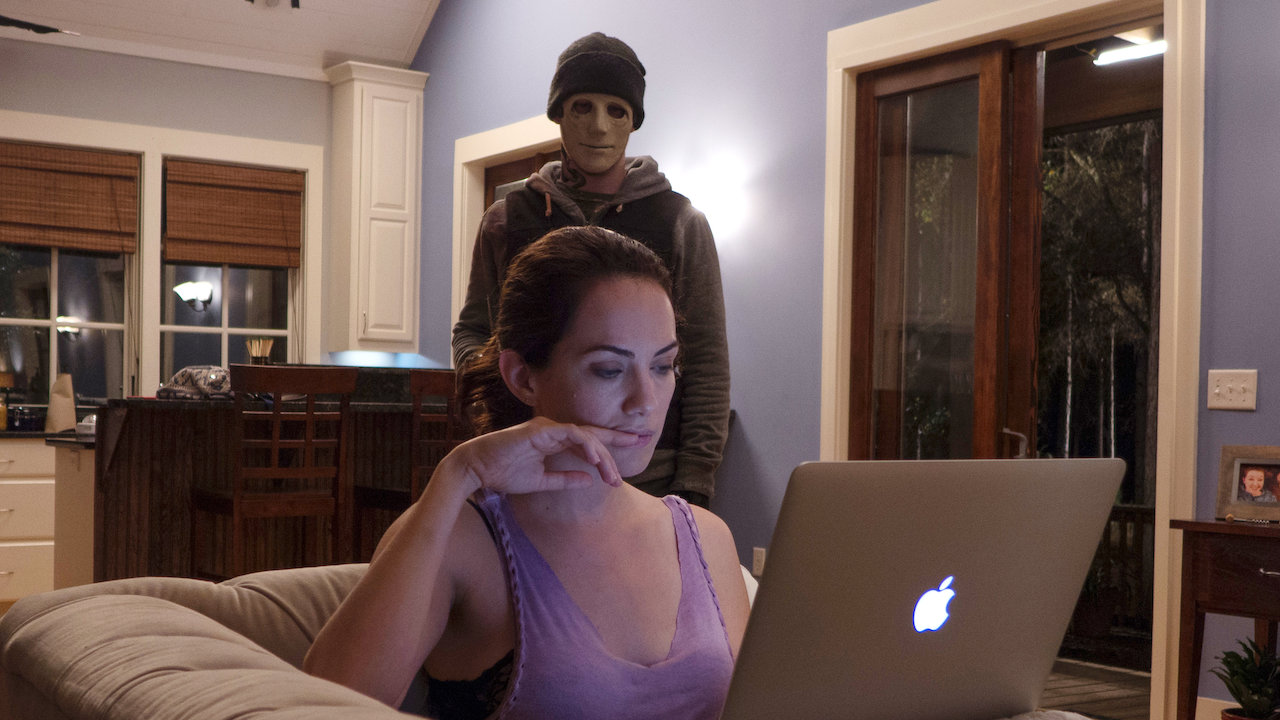 The star actor Kate Siegal’s performance was outstanding throughout the movie. Especially when one has to act about the character who is deaf and mute. In the beginning scene, we saw the sounds effects with Maddie’s perspective and realized her disadvantage in the movie against the masked man. Kate not only just acted to portray the character but also helped us understood the hurdles and problems from which deaf and mute people go through all their lives. A movie where the main character is deaf and mute we cannot expect a lot of dialogues but Flanagan didn’t let us think of it even for one moment. The action, the suspense, and thriller scenes covered up beautifully. Hush film ending also explained that the safest of places like that can also be a center of terror and danger. Despite being the absence of dialogues. The movie is interesting to watch.

How our star actor fights until the very end. Her movements and expressions were class. Most importantly being in the deadly situation the way she reacted was just amazing. There were moments in the film where the audience wished her not to be deaf. Like when John came looking for Sarah. When Sarah came running to her in the first place. All these things kept the audience hanging until the very end. We also witnessed how the voices worked in Maddie’s head. This was the same practice she uses to do before writing the ending of the novel. We explored Maddie’s genius throughout the movie. When she tried to get the phone from her dead friend or when she activated her car’s alarm. Threw her torch out and tried to escape. She also got injured in the process though. To sum up, we have to respect Kate’s acting in Hush.

Who Is The Killer In Hush

The killer in the Hush movie is a nameless antagonist who seems to kill for pleasure and fun. The role is played by the talented John Gallagher Jr. By his appearance, we can say that he has been doing this for quite some time. He seems to be a hunter by his excellence of using the bow. Weapons he uses to kill. We can say that he used to target women as his victims. Before he got to Maddie, he was after her friend and neighbor Sarah. After he stabbed her to death he discovered that Maddie was deaf and mute. This urged the man to make her his new prey as she was easy to get. He had at least killed 12 people and made notches of them on his crossbow. He was a psycho killer who killed for fun.

The man loved to play cat and mouse with his prey. Even when Maddie told her through the message that she won’t tell anyone. He removed his mask and showed his face. He told her that when she’d wish she was dead then he will come in. Although he could have come in at any time surely the windows were not the resistance. He wanted to tease Maddie and wanted her to feel helpless. The nameless freak did not want to accomplish his target by just killing. Why would he risk his freedom staying all night there when he could have easily ended the game just by going in and get the job done. This shows that he was a creepy attention seeker. Only when he is satisfied that now he has got the attention he will end his job and kill his prey. 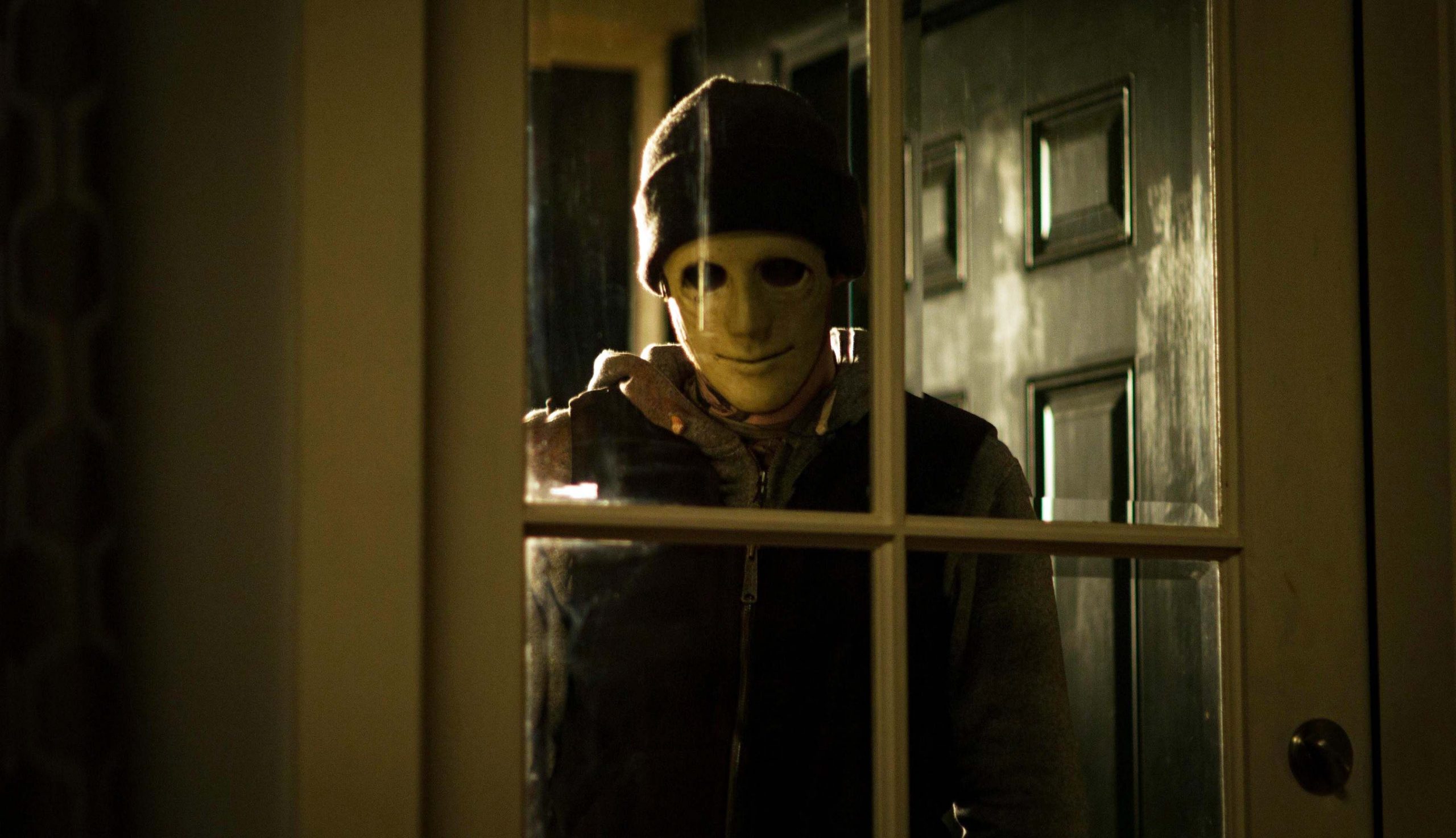 At least the ending of a film was satisfying. We get to see the man getting punished that so by Maddie. At the end, when the man heard John (Sarah’s Boyfriend) he was scared. He knew he cannot win a possible fight with him because John was a huge man. This shows that he was a coward. He approached the man as a police officer and told him he was here for dispatch and was knocked out by someone. After exchanging some more dialogues John didn’t buy anything and was ready to attack the man. Just when he was about to do so he heard Maddie banging the door. Finding the first chance the man stabbed him on the neck. This scene was so intense that the audience was now determined that the man is finally caught. But the entrance of Maddie at that time blew up everything.

John was so strong that until he died he held the man from his neck and bought time for Maddie to escape but she couldn’t do it. Just after we saw Maddie’s cat there who the man was about to kill too but fortunately by this time he was attacked by his own bow which he’d lost earlier to Maddie. He ran after her and caught her at the door, squashed her hand so hard that all of her fingers were broken. Man again threatened her that he will come in now. She stood up and wrote the message by her blood  “DO IT” “COWARD”. He started breaking the front glass and Maddie got back into her bathroom waiting for the man to come through the front door. Instead, he cleverly came from the bathroom window which was just behind. Maddie felt his breath and stabbed him.

She then ran to the kitchen and sprayed the man. In the end, they both got into a fight where the man was choking her to death when she attacked him on the neck with the corkscrew. She then called 911 and sat outside smiling. As she had found a perfect ending of this story.

Who is the villain in the hush film?

The masked man who killed Sarah and her boyfriend and also attempted to kill Maddie was is the villain in the Hush Movie.

Does Maddie Survive In Hush Film?

Yes, despite being deaf and mute she survived in the film. She was so clever and brave throughout the movie, this was the reason that she survived the masked man.

Is Hush Film Based On A True Story?

No, this movie is not based upon the true story. It is based on the book written by Kate Siegal and Mike Flanagan.

Is The Girl In Hush Actually Deaf?

No the actor in the movie Hush Kate Siegal is not actually deaf and mute. She has also worked in many different movies and TV shows.

Why Did She Smile At The End Of The Hush?

She smiled at the end of the movie because she was happy that she finds the best ending of all the possible ending. She finally killed the man who is the killer in the hush.

Who Is The Killer In The Hush Movie?

The killer in the hush movie is the un-named antagonist who finds pleasure in killing his victims. He appears to be mentally disturbed and attention seeker.