An absolute masterpiece directed by David Marmor, 1BR was received so well by the audience across the cinemas. It is a fascinating and thought-provoking horror film. The film shows the setting which sets the mood for the audience to watch it with attention. A bunch of crazies is all set to perform social engineering on people to make a happy joyful community. The perfect apartment is all about picking up new people to later mend them to whatever person they want. However, 1BR consists of double characters which are later exposed in the film. The 1BR film ending will be explained

If you were lost during the movie, we have broken down it into simpler parts which will surely help you.  It approximately takes 30 minutes for the film to finally get unpleasant and starts getting attention from the audience. We have here 1BR movie explained thoroughly so that every major detail is explained.

A young twenty-something girl Sarah moved to Los Angeles after having problems with her Dad who cheated on her mother. She later dies of cancer still thinking her husband was a saint. This really troubled Sarah who then decided to start a new life in LA. After having a look at the new apartment and all the lovable people there she wanted to get a place there to live which she later does.

She was happy to get the right place which boosted her confidence to start a life on her own. After some time it is known that she hates her job and also she wants to be a costume designer too. Just a girl who wants to pursue her life away from Dad. 1BR film review contains the sick mentality of an ideal community that seeks entirely new way to achieve it.

Later it is shown that all her neighbors are the perfect family she ever needed. Having barbecues and parties, looking and caring for each other. The apartment also had a potential boyfriend for her who we know as Brian. All of it was too good to be true when she was confronted later by who they were. While moving in she snugged her cat in the apartment violating the rules. Since no one has seen, what harm can it bring? Soon someone was aware of the cat and she started getting threat notes to get rid of it.

She was also getting tired by not getting enough nights of sleep due to the sounds coming from pipes which only she could hear. She suspects one weird and creepy guy who she thinks stalks her and he also tried to hand her the book at the barbecue “The Power Of Community” saying it changed his life but she declines it. Later she got to know that his wife died of cancer on which she was sorry. 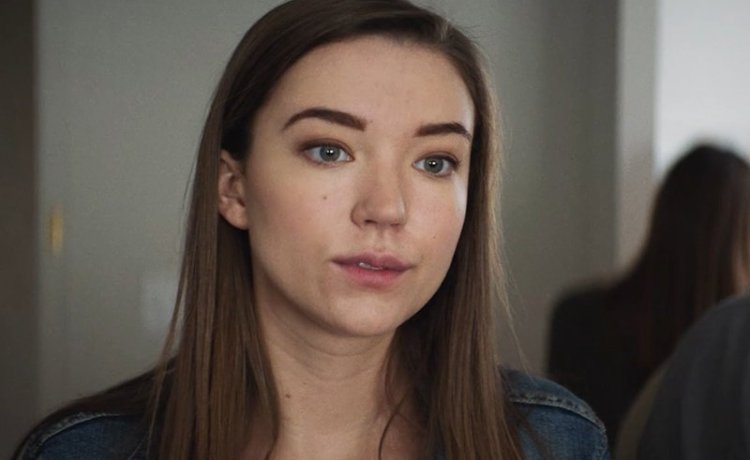 Thi 1BR movie review explains the two-faced characters around whom the story revolves. The audience is now way too familiar with the characters that revolve around Sarah. There is a handsome Brian who always happens to cross paths with Sarah and have a nice talk with her. There is the creepy guy in the apartment who Sarah does not like that much. It seems that one person she respects in the apartment is Edie. The old woman who does not seem to be well physically and mentally. She is often seen doing some stuff that is not normal. She is taken care of by everyone in the apartment. The manager of the apartment Jerry also seems nice to the audience. But as things were in motion, we get to see the true nature of all of them.

Only Sarah’s Co-worker Lisa was the character that stayed the same from the very start. She is portrayed as a strong individual who is confident and knows how to get things done in the first place.

After ignoring the first threat regarding the pet one night Sarah founds another note above the oven. The apartment was full of nasty smell and on opening the oven she founds that it is her cat or was. Just then she is attacked by a strange man who ties her to a chair. The first major turn in the film for the audience was the revelation of that person. It was Brian, but this time he was not smiling and being friendly. She shouts and resists but it seems that Brin does not care if someone hears her screaming.

Somehow she manages to escape and finds the doctor on her way out. The audience was relaxed as they know that now she is safe but then all the relaxation was turned into helplessness when it is revealed that there is no one she can turn to and no one she can trust in the apartment. Eventually, all the neighbors were somehow not surprised at anything. The audience had the same reaction as Sarah. She was dumbfounded and confused to be in such a situation. The 1BR film ending explained how it all changed Sarah’s perspective.

Sarah was forced to do the things that made her mentally disturbed. She was forced to stand in a stressful position facing towards the wall until the lights are turned on. The movie holds some really dark torture. The cults wanted to break her down so that she could be added to the community without any flaw. This phase was really crucial in the film as we get to see some serious graphic content in the way of torture. The point of all of this was to get her ready. The book that she refused to read earlier was later given to her. She later realized that everyone here has been through this phase even Edie.

When she is done with the crucial ritual, and all her escaping desires were dead she was finally allowed to roam within the apartment. This really indicates the horrific costs of brainwashing and how is it done. It is shown that Sarah has not been brainwashed yet and she still wants to escape from the hell she was into.

Who Is The Killer In Hush Film?

When her friend Lisa was also brought in the apartment Sarah was concerned for her. She warned Brian and Jerry that Lisa is strong and she would not break easily. We saw that she was indeed strong. On her resistance, Jessy sent Sarah to talk to Lisa. This resulted in the sudden escape of Sarah as she was moved by Lisa’s confidence and will to live her life by her own terms, though Lisa was shot dead by Jerry in the process. Sarah killed Jerry and escaped where she was stopped by Brian. Fearless Sarah shot him too. Fans must admit that these were the two very satisfying moments in the film. Her husband helped her to escape which really left the audience in thinking that not everyone appears to be the same as they look from outside.

Finally, when she was out of that apartment she was free. While she was running and stopped to see if someone was coming after, she came across the very same logo on a billboard that was imprinted on her. Soon she realized that all the buildings nearby were under the sick mentality of an ideal community. She suddenly realized that her own apartment was under surveillance by the video cameras. It was clear that there was yet another higher power who was keeping an eye on all of the apartments. In the ending scene, she clenches her fists, lets out a laugh, and starts running. This really shows that she was now a different person and was not willing to give up. This 1 BR movie synopsis clearly shows how one can be brainwashed and be a completely different man.