The Terrifier movie depicts how a lunatic scary clown awfully kills people. His targets became three adolescent women on the eve of Halloween night.The movie was initially released in 2016 with not a very hefty budget. Directed by Damien Leone who is known for his portfolio of clown based thriller movies including the most prominent All Hallows Eve and The 9th circle.

In this Terrifier movie review, we are going to explain the plot of The Terrifier in a very summarized way. 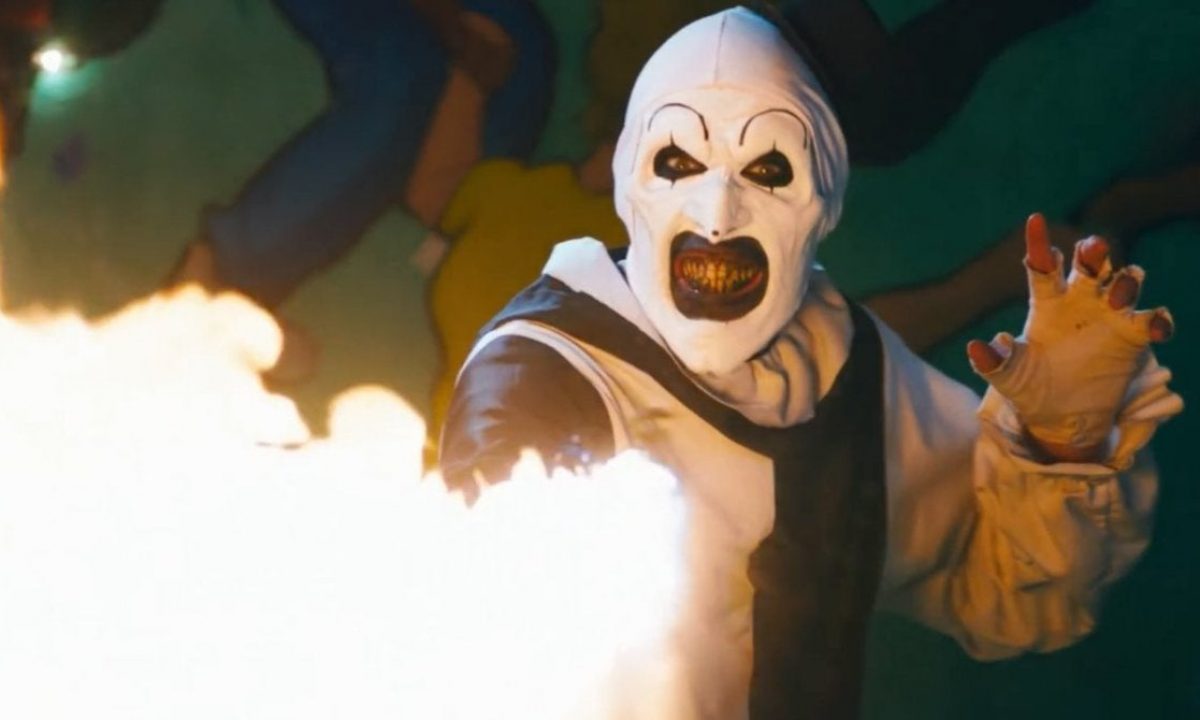 From the preamble, The clown remains active in the entire movie. Although there are very few clutches or curiosity of paranormal sort of stuff. The starting of the movie shows Police is looking for a suspected clown in the town on the eve of Halloween and advising the citizens to be vigilant.

Both Tara and Dawn played by Catherine Corcoran due to hunger went to restaurant midnight; orders some pizza. As soon as they order the meal, the Clown arrives. Tara who previously had a smell of some suspect gone stunned after seeing that clown entering the restaurant. While the other one Dawn, looked happy as always. The clown sits next to the girls, staring at Tara like he is going to eat her. Making funny expressions that aren’t actually funny. And you ain’t gonna believe the clown proposed Tara with a pathetic ring. That was unexpected!

There are several scenes that are recommended not to be watched. Like the Terrifier hacksaw scene in which Dawn was cut in two pieces from bottom to the top (skull). The scene was spilled with blood.

To be honest, the movie doesn’t fit in the type of horror. It is more focused on fierce factor rather than portraying haunted or paranormal sort of stuff. Most of the part in the movie has the killing stuff with a feeble script. But I would rate screenplay and direction more than the script of the movie. The clown acted really well from the inception till the end. Cinematography is also good.

ANY CHANCE OF TERRIFIER 2?

Well, the chances are bright as it is confirmed that the Terrifier part 2 will be released at the end of 2020. The return of cast and characters in Terrifier 2 gives us Samantha Scaffidi and David Howard Thornton (The dreadful clown). So should we expect the revenge by Samantha for killing the girl brutally? or Would she be the bait of the clown? The director of the film, Damien Leone has already posted on his official Twitter account about the production of the movie.

The Terrifier Movie depicts how a lunatic scary clown awfully kills people. Coming to the cozy budget and delivery of artist both are justified. All the characters in the Terrifier are on point and unnecessary stuff is very rare except the building where all the horrendous stuff happened. Only one thing flutter the minds of the audience and that is gruesome blood-shed scenes. If you haven’t watched those, it’s better to watch them with braveheart ones.