Daredevil vs The Punisher: Who Will Get Knocked Out First?

Marvel’s catalog of action heroes is not limited. Nor The battles of these comic heroes amongst them and against the enemies are. All thanks to the great Stan Lee, who engulfed us with a huge number of fascinating and powerful characters back in the late 60s. The curiosity-filled approach adopted by Stan Lee to hide the real entity of the heroes behind the mask took the world by storm.

Out of a huge bundle of characters, two of them are the robust ones and anything you could expect from them in saving human lives against the odds. The two giants are the Daredevil and the Punisher.

One is hidden behind a mask, deprived of seeing due to blindness. And the other one has nothing to lose as his whole family got butchered. Both are the street-level fighters with the intent to save those who are oppressed and need help. But the way of claiming lives and the mindset of two are in opposite direction and that’s why both collide against each other.

The rigorous rivalry between Frank Castle aka The Punisher and Matt Murdock aka Daredevil is well-reputed amongst the audience as both are capable enough to beat each other. Let’s find out in this Daredevil vs The Punisher battle analysis.

Daredevil vs The Punisher

We will introspect the pinpoints of battle analysis of Daredevil vs The Punisher with mindset, calmness, way of killing and execution, reactive or proactive and power. Let’s begin.

In need to find out who is wiser or whose mind works well in calmness, and woeful tragedies, we have to pick up the past and the present scenarios of both characters. Matt who has the past of losing his parents and eye vision got the task to execute criminals within the city without being caught. While Frank has been in the upset and revenge mode all the time, the revenge of family, and the revenge of betrayal. Frank is much hasty one, he picks the gun and starts killing. While on the contrary, Matt Murdoch plans and then does his job. So this factor plays a crucial role in determining who’s got the robust radar of dealing with the situation. So the mindset factor makes Matt more solid.

Way of Killing and Execution

The second factor in the The Punisher vs Daredevil battle analysis is the way of doing killings. The Punisher (Frank Castle) is the one who does the job done on ground and with his robust fight mode. Being a former SEAL has it’s own charm and he often comes up with robust war material of executing the criminals. He deals with guns, arms and ammunition and keeps on killing his enemy until he gets into the skull. Matt has some sort of God-gifted power of sharp focus that enables him to observe minute detail around him. The Punisher is more brutal by a mile as he kills his enemy with arms and with his solid bare hands.

In terms who is much prone to reaction then we could say that Frank is much attached to it. Because as we discussed earlier, Frank has the aim of revenge. Also, Being the Navy SEAL, he’s got some sort of low temperament and gets easily trapped due to his early reaction drawback. But No dubiousness, in his ability to escape from those traps. Daredevil (Matt) on the other hand follows the Plan and Execute strategy. His motives were all pre-planned with the motive of being unknown and a masked man. But Frank does his job more openly and more reactively, that’s why he has to hide to refrain being caught.

The Power analysis of both characters is somewhat equal. As both are trained and professionals. Both have developed themselves to reach this level. They don’t have some sort of supernatural stuff of ability by killing the enemies with just senses. Frank is purely physical lad with his strong fist and dealing with utter pain. Matt also has the skill of acrobatics and the ability to sense the danger. Frank is capable enough to carry out operations with tons of arms and ammunition. So, this factor is a tie between the two.

Is Daredevil stronger than Punisher or vice versa?

Considering the same purpose of both the characters that is to deal with the criminals and oppressors. Both are competent to deal with risk, and mighty enemies. Though, Daredevil is a sort of wiser lad that does analysis and then approaches his enemies. The opposite, Punisher beheads his enemy with a much lesser plan. But few things give Frank the upper hand like the ability to bear extreme pain and executing his enemies. So in that case, it’s a tie.

Both are lethal characters who can do serious harm to their enemies. Punisher is stronger in his domain of killing with weapons while Daredevil works with his mind.

Are Daredevil and Punisher enemies?

No they are not. They often were seen fighting each other, but it was due to the way of doing things done. Both have one aim that is to eliminate the crime and bring justice to the table.

Who would win in a fight Daredevil or Punisher?

With the inspection above and by keeping all points in mind, We can say Daredevil could win over The Punisher but that doesn’t make The Punisher feeble in any way.

Are Punisher and Daredevil friends?

Yes The Punisher and Daredevil are friends. And Friends do fight sometimes.

The staff is filled with a number of writers having a gigantic interest in movies and tv series. We craft the art of writing to entertain the audience.
Share
Tweet
Pin
Share
0 Shares 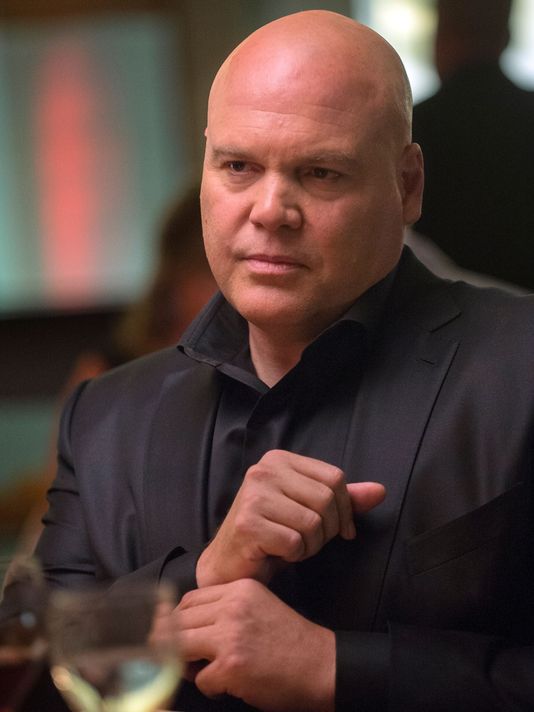 Who Is Wilson Fisk In Daredevil? | Vincent D’Onofrio Bio