Kit Harrington wedding, one of the most awaited weddings of the year 2018. However, It has its reasons to be in the wave of fame. How couldn’t it be? In other words, the bride and groom were part of the best ever TV show in history. HBO’s GAME OF THRONES. Now, let’s get one thing straight here shall we. Firstly, whenever you talk about game of thrones TV show and weddings, they usually do not end well. All the fans around the world would agree. A young couple who met on the fantasy show worked together for two seasons. The northern bastard Jon Snow and the savage wildling Ygritte. Secondly, They both were lovers for two seasons in the show. We got to see them spending some quality time together on the big screen. Moreover, Kit Harrington, who played the character Jon Snow fell in love with the savage wildling.

Savage northern wildling, Ygritte was played by the beautiful Rose Leslie. Kit Harrington Rose Leslie wedding took over the internet. Kit Harrington wedding, it was such a big deal. He played one of the greatest stars on the set of game of thrones. In other words, the whole fanbase went crazy after the couple broke the news of their marriage. They began filming in 2011 for GOT and it was after that they fell in love with each other. Therefore, they did not fall in love before their characters did. of all the people wedding Kit Harrington we would not have guessed Rose to be one of them. After they shot the steamy cave scene together, things started to work out. After that, they were often seen holding hands together in the streets and restaurants of London. Now somewhere between 2011 and 2016 the things started between Kit and Rose.

We do not know exactly when they started their relationship. But then again they were very private about it. Fair enough though. Moreover, In an interview in 2014 Kit said that he was good friends with Rose. If he ever had a relationship he would keep it to himself. This went for quite some time. There were rumors regarding the couple dating but it was never official. Until in 2016 when we saw the young couple together on the red carpet at the Oliver Awards in London. It was like a debut of the relationship being made officially public. However, when Kit spoke to the Italian Vogue. He explained how the pair really fell in love. Although he also happens to believe this as his best memory of the show. He said that the country is beautiful and the northern lights are magical. Also, he fell in fell there.

If someone is already attached to anyone and then they play as your love interest. It is no easy to resist being in love. The story before Kit Harrington and Rose Leslie wedding has so many cute little stories to share. Like this one time when Kit played a prank on her fiance on April fool’s day. He had his made-up head brought to his home from the set of game of thrones, which he placed in his fridge. On opening the fridge Rose was shocked on which Kit said April’s fools. This incident was later posted by Kit on social media which gave the insights that they were living together. In mid of 2017, they were moved in together in East Anglia. In September of 2017, the news broke out in the newspaper that they were engaged in. This was cute, just like the old times.

In the interview, Kit told that there was a reason why he and Rose do not take a lot of photos with the fans. He believes that a relationship is something very personal and private. Kit does not like to be portrayed as something like a walking puppet. He just avoids it. He further told that he and Rose never or very little talk about each other in the interviews. They believe that they both have mutual interests and none can talk about the other. We believe that Kit does not enjoy the perks of social media. That might also be the reason he is not that active there. Kit Harrington’s wedding announcement was made public and the whole internet was exploded. The couple received so much love from fans all around the world.

Our star actor never would have known that he would marry her. As she used to say “YOU KNOW NOTHING JON SNOW”. The wedding was so much more beautiful than it was expected to be. Game of Thrones cast at Kit Harrington’s wedding was so adorable. 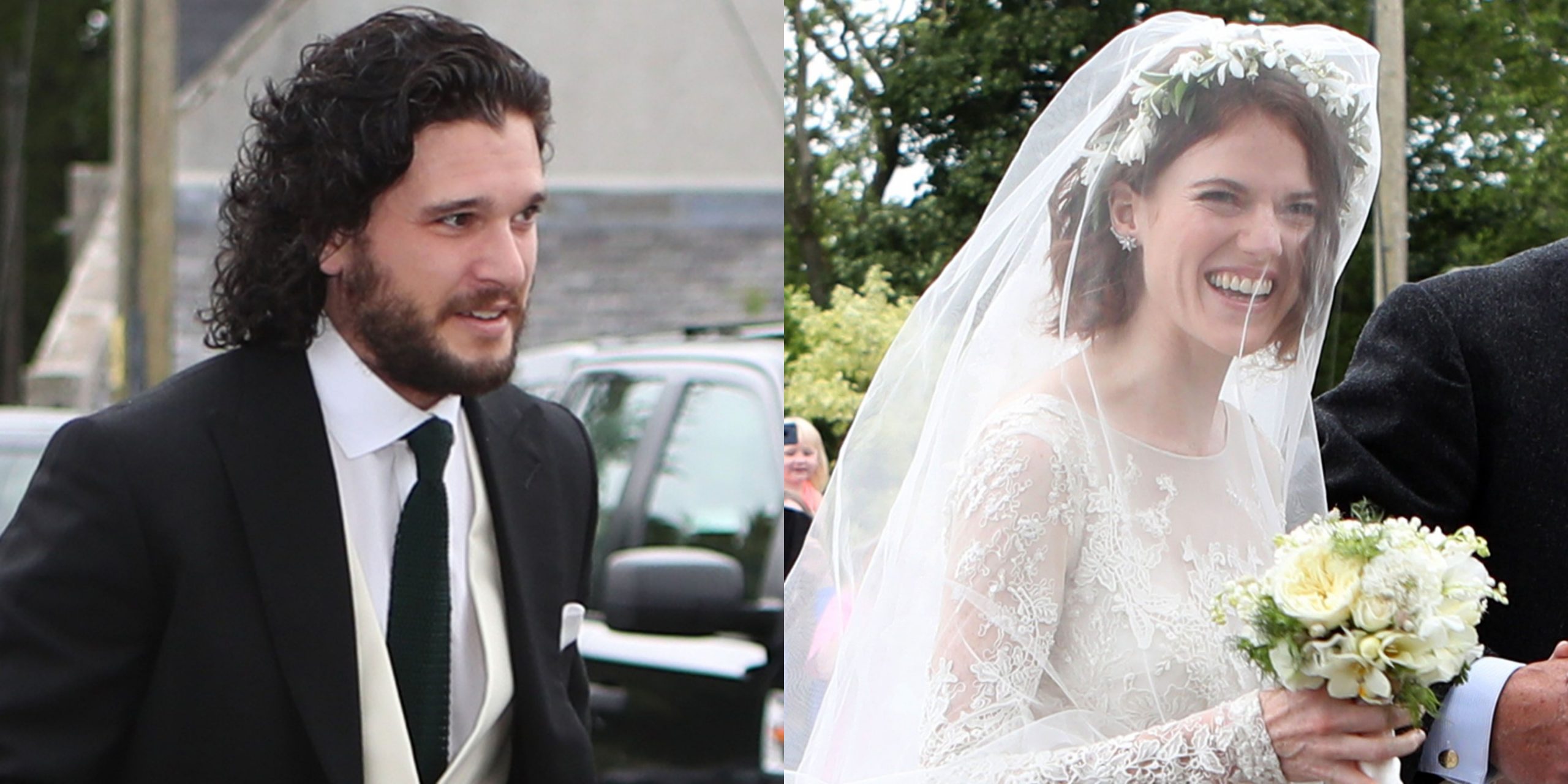 The couple kept the things traditional and married in Aberdeenshire in Scotland. The lords and ladies from Westeros and Seven Kingdoms came. Sophie Turner, Maise Williams, Emilia Clark and, Peter Dinklage all showed up for the big day. The coolest thing is that the wedding took place in an actual castle. Those who have watched Rose in GOT might know what the reference is. The castle has been in Leslie’s family for 9 centuries and it kind of had the things spiced up. There was a rumor that Emilia Clark was not invited to Kit Harrington’s wedding, but it was not true. You cannot have a wedding without a Targyrian in it. We also saw Sophie Turner and Mise Williams at Kit Harrington’s wedding. They both played sisters of Jon Snow on GOT.

Sophie Turner’s dress at Kit Harrington’s wedding was not one of the best dresses. Moreover, she has also said in an interview that the dress she put on was not the first choice she wanted to wear on the big day. Peter Dinklage was also at the wedding. He and Kit’s character Jon was very close and used to admire each other on the show. That would have made Peter a.k.a Tyrion Lannister one of the most prominent guests at the wedding. The wedding went great and the couple is happy as it should be.