Daredevil vs The Punisher: Rivalry Made In Heaven

Marvel has already created a bunch of characters. Each of them has its own abilities to fight crime and bringing peace to the world. However, the characters we are going to talk about today are slightly exceptional. We are having Daredevil vs The Punisher today, one of which has his unique set of rules of being a vigilante while the other is an absolute animal. The common thing between both of them is that they both believe that the justice system is not enough to contain the crime in New York City. There have been multiple franchises that already featured these two heroes. To date, we have seen Marvel’s own franchise releasing TV shows on Netflix. These TV shows received a tremendous amount of love from the fans. Daredevil and The Punisher, both shows were an absolute hit as they have a lot to offer. 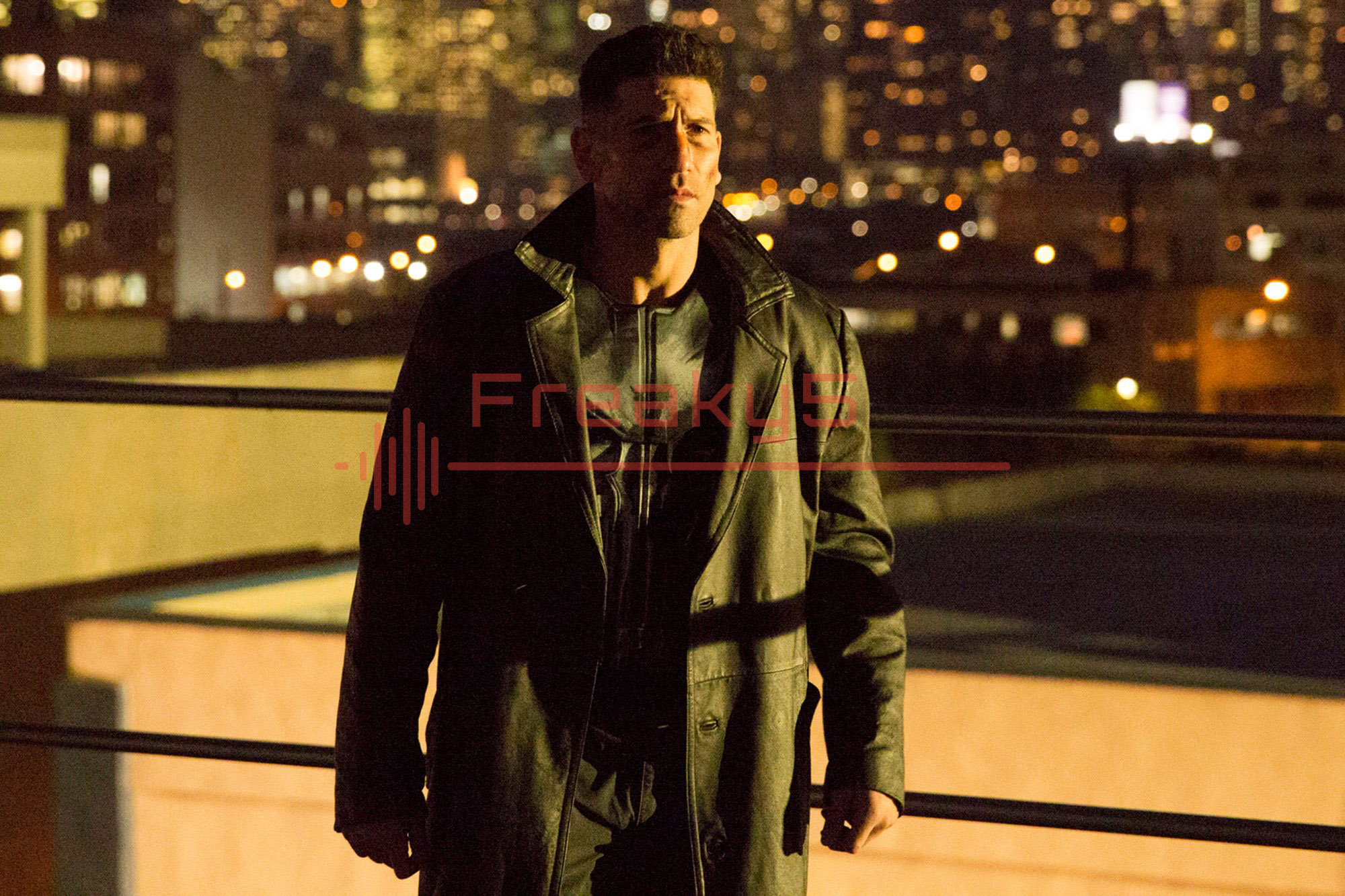 This whole idea of bringing these two characters to life was extraordinary. Especially when we get to see Daredevil vs The Punisher moments. So let us have a little background check of both these characters. Daredevil (Matt Murdock played by Charlie Cox) is a blind lawyer in New York City. He fights crime in the day wearing a lawsuit and wears his Daredevil’s costume to make sure that perverts stay away from Hell’s Kitchen. On the other hand, The Punisher (Frank Castle played by the actor Jon Bernthal) was an ex -Marine, involved in some seriously bad moments which he regrets. His family was killed and he got a bullet in his head too. Incidentally, he survived and now he is on a run to punish the people who killed his family that is why he is called The Punisher.

Daredevil vs The Punisher: Training

The Punisher vs Daredevil is not that simple. There has to be an actual comparison between every aspect. In summary, we have to look at how well they were trained to fight. Stan Lee changed the concept of comics totally by focusing on the life of the heroes behind the mask as well. Daredevil and Punisher both have been through hell. Matt was quite young when he lost his gift of sight. Later he realized he got something special instead but he had to control it to utilize it. He found a mentor “STICK”. Stick has the same powers as Murdock, they both were blind and had a detail to an extra sense. Murdock trained from a very young age to become an assassin to face an enemy called “The Hand”. He trained to be an unstoppable soldier. The reflexes and continuous fighting power of Matt are extraordinary. 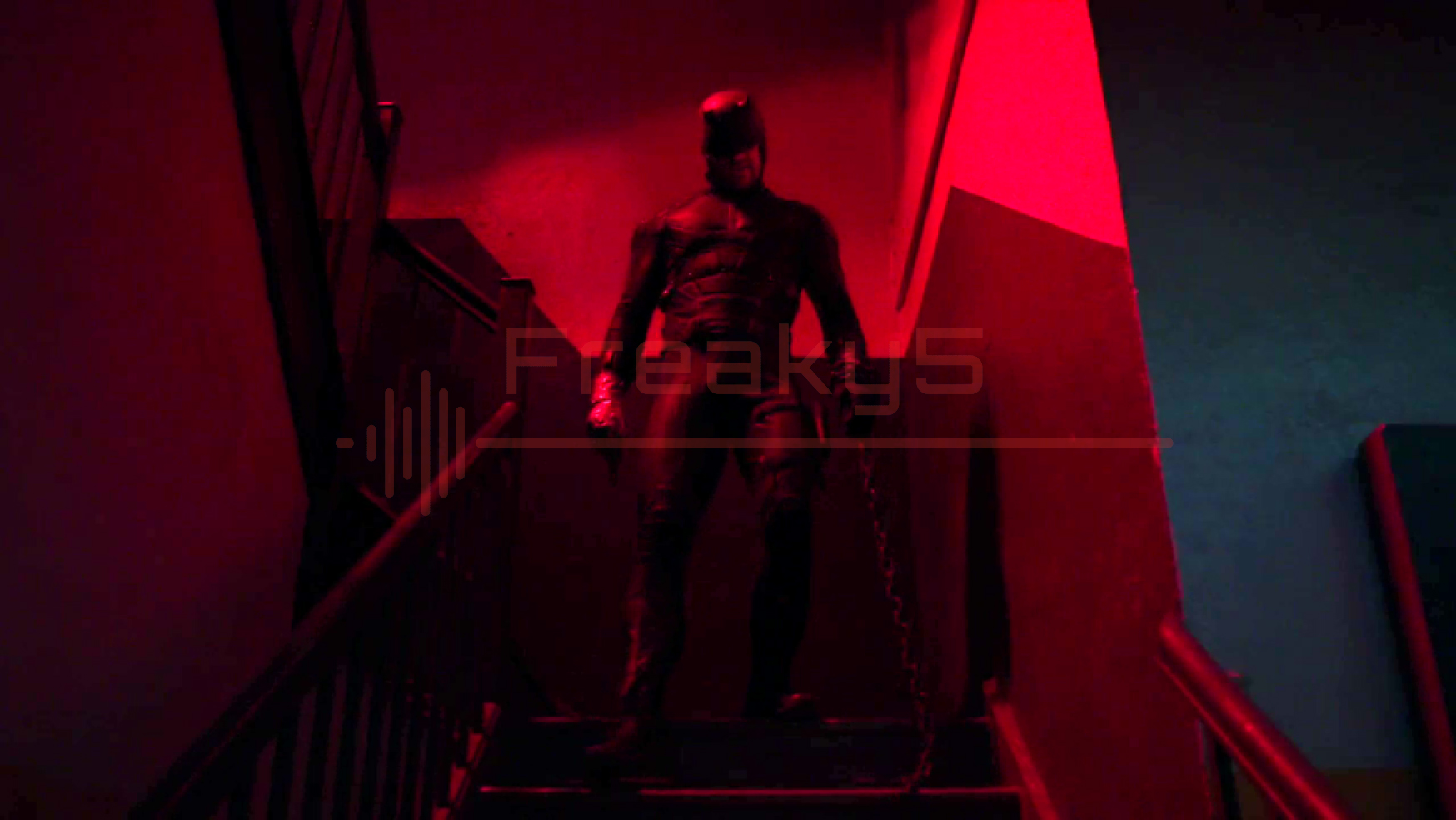 Subsequently, Punisher has a totally different background training history. He was trained as a Marine and fought in Vietnam as well. He served in Iraq as well and he was taught to show no mercy at all. Frank has a lot of experience handling heaving machinery. The punisher knows his way around heavy guns and he is quite good with it. Other than that he can take in a lot of damage. Punisher fights with guns but that does not mean he is not strong with his body. If we compare him Daredevil then we have to say he is not strong as him because Matt fights with his whole body and a single handle takes on a bunch of criminals, ninjas shooter, etc. This makes them both quite different than each other. Having their own unique abilities is what makes them even more interesting.

Fight Between Daredevil and The Punisher

Since the rumors were roaming around about the possibility of entry of The Punisher in Daredevil season 2 the fans were tremendously excited. They knew what happened in the comics and they wanted to see that in the show as well. As Charlie Cox was the best Daredevil there is, the fans wanted the same for Punisher. The first look at Punisher came down to the expectations of the fans around the world. The showrunners also arranged a fight, the first-ever fight between Daredevil and The Punisher on the show. The Punisher’s entry in Daredevil was a serious concern for Matt as well. They fought and incidentally Frank got him. That shows the potential that Punisher has. Not many people can say that they have fought and defeated Daredevil in the first encounter. Punisher kills Daredevil in their first fight, luckily the suit’s helmet saved Matt that night. 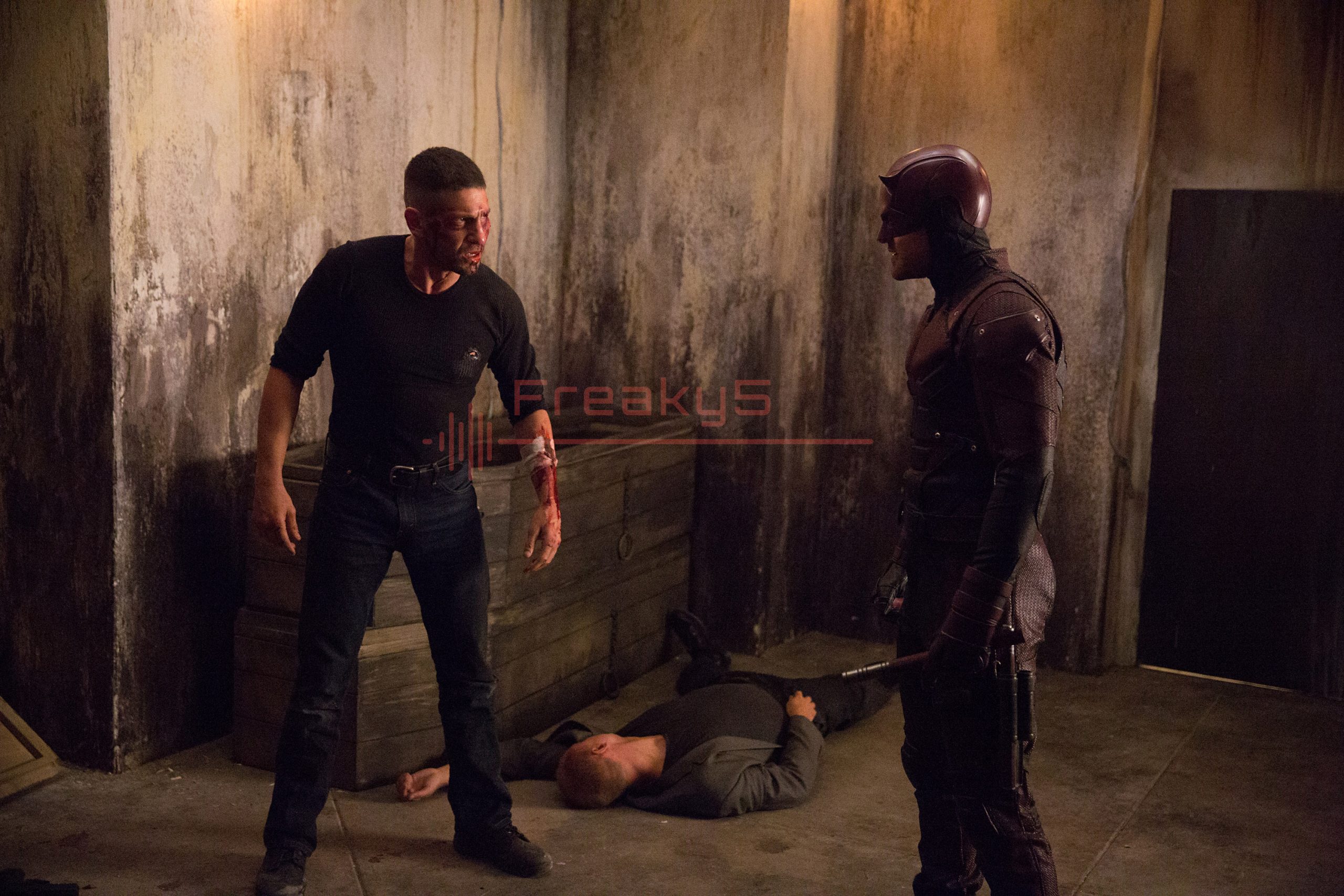 Jon Bernthal who plays the Punisher in Daredevil season 2 did an amazing job. He portrayed Frank Castle so neat that even the fans were surprised. At his debut, we saw Punisher operating with heavy machinery. He was seen using military tech to find and track his enemies. Frank is one man army and he likes to get bloody with his opponent. He has got a unique approach that the criminals should be killed right away or else the judiciary system will let them walk free and they will again do what they do. However, Matt believes that people should be held accountable and the court of law should decide what to do with criminals, or else there would be no difference between them. Daredevil Punisher episodes got a lot of action and we can see that they both had respect for each other deep down.

They might have come off on wrong but they understand each other. They both have been through a lot. Frank saw his family killed in front of him and Matt lost his eyesight at a very young age. Matt’s father was a boxer and was killed by the bookie after stepping back from the deal. He didn’t know his mother and was left heartbroken since then. Despite being through a lot they both just want to help people getting rid of the crime in the city. We saw in Daredevil season 2 in the end when Punisher steps in to help Matt fighting The Hand. This is enough to know that they both respected each other even if they had their differences.